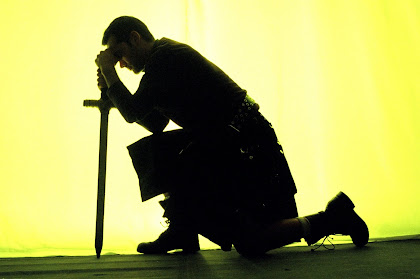 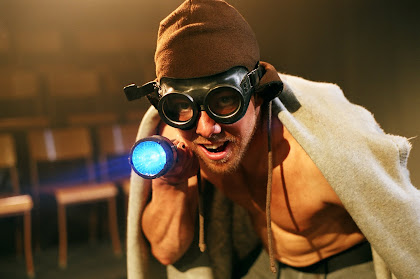 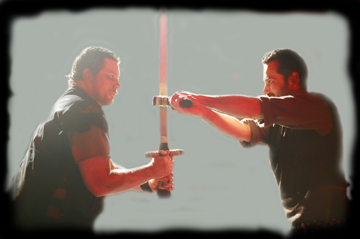 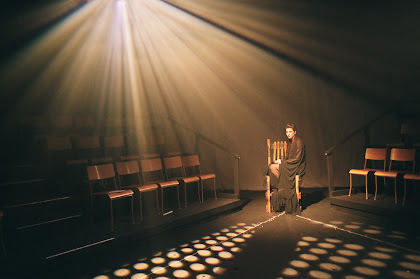 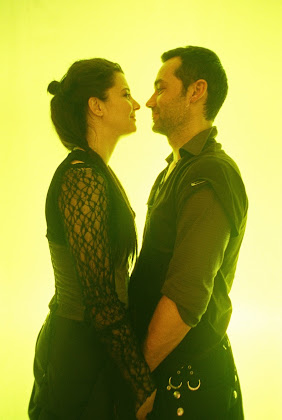 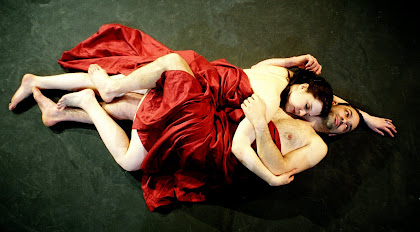 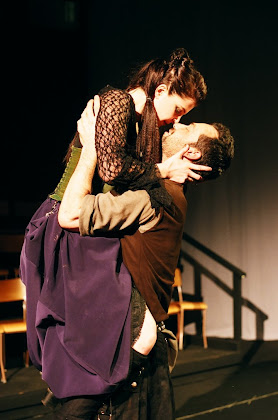 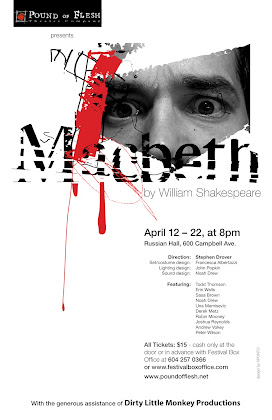 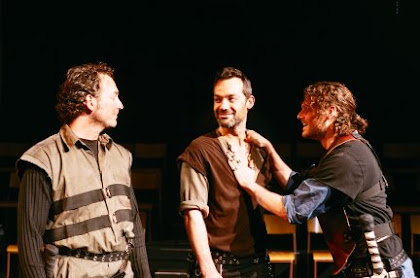 In 2006 the Russian Hall was transformed into an intimate black box theatre for our second production: an industrial rock-inspired Macbeth. Shakespeare's bloody nightmare was presented on a triangle stage, surrounded by the audience, as the Scottish King's shadowy visions appeared on great swaths of fabric and the action spiralled at a blistering pace. The production would be nominated for four Jessie Richardson Theatre Awards, netting a statue for Noah Drew for Outstanding Sound Design. The play was produced with the generous assistance of Dirty Little Monkey Productions.