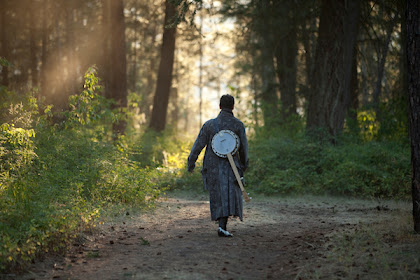 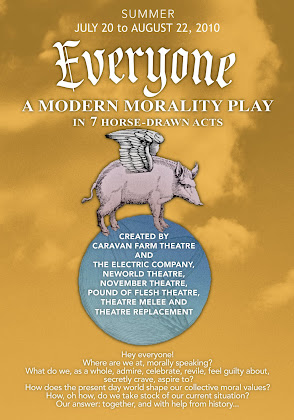 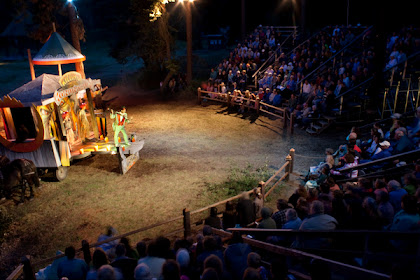 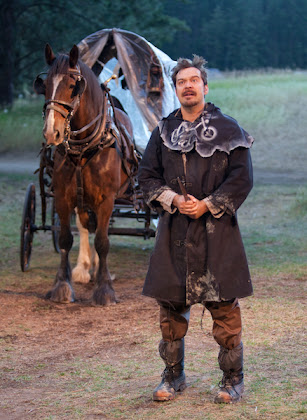 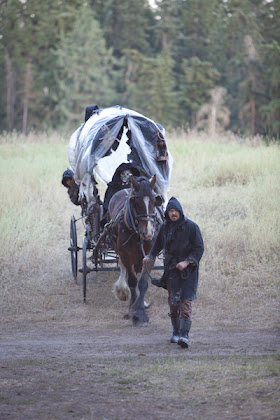 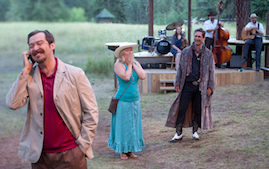 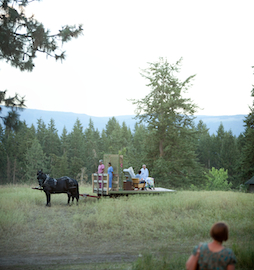 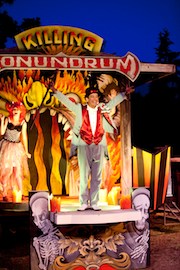 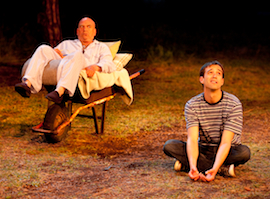 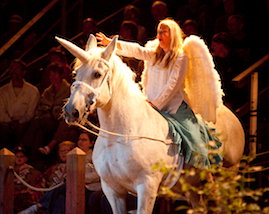 In 2008 we were invited to take part in a new project that the Caravan Farm Theatre was initiating. The plan was to assemble six Vancouver independent theatre companies to create a new adaptation of a medieval morality play. The project would take inspiration from and the shape of medieval mystery cycles, religious festivals and community processions with the intent of addressing contemporary issues of morality. Each company (Electric Company, November Theatre, Neworld Theatre, Theatre Replacement, Theatre Melee and Pound of Flesh) would be responsible for a short playlet inspired by one of the Deadly Sins and supported by a horse and a wagon. The pieces would then be developed together and assembled to form a single narrative. All seven companies, including Caravan, built the project for two years through workshops and writing retreats and premiered Everyone at the Caravan Farm Theatre in the summer of 2010.